FREE SHIPPING ON ORDERS OVER $100 --- CLICK HERE FOR OUR MOST POPULAR BUNDLE!

What’s The Difference Between CBD And CBG?

This article will explain the difference between CBD and CBG, how they are different, and what they’re used for.

First of all, let’s clarify what each cannabinoid is. CBD is part of the cannabis plant’s “cannabidiol” family. These cannabinoids are non-psychoactive, meaning they won’t get you high. CBG is also part of the “cannabidiol” family, neither have levels of THC that would cause any “high” effect – THC is the psychoactive component of cannabis. Because of this, people who want to use cannabis for medical purposes often choose CBD and CBG over THC.

Now that we know a little more about CBD and CBG, let’s learn more about them, their differences and their benefits.

CBD and CBG are two types of cannabinoids found in cannabis. CBG is a lesser-known cannabinoid and less studied than CBD. Both have been shown to have medicinal effects, but there are some key differences between them.

CBG is often referred to as the mother of all cannabinoids. CBG is also more potent than CBD, meaning it can provide stronger relief from pain and inflammation. It’s also been shown to be more effective at treating conditions like anxiety and chronic pain.

CBD and CBG both have many health benefits including pain relief and anti-inflammatory properties. CBD has been shown to relieve pain, reduce inflammation, ease anxiety, promote sleep, and alleviate insomnia.

According to the National Institute on Drug Abuse, “CBD has shown promise as an anticancer agent, analgesic, anti-inflammatory, and seizure control agent.” CBD is also a non-psychoactive cannabinoid and is therefore legal to use as a dietary supplement in the United States.

CBD is more psychoactive than CBG, meaning it can produce feelings of relaxation and well-being. However, this doesn’t mean that CBD is more effective as a treatment than CBG – both can be effective for certain conditions.

CBG (short for cannabigerol) is another cannabinoid that is found in both hemp and cannabis plants. CBG was first discovered and isolated in 1964. However, due to strict regulations in the USA for hemp products, the cannabinoid wasn’t focused on much at all, and consequently only a handful of studies were ever conducted on CBG. In recent years however, we’re beginning to explore more of the medicinal benefits of the hemp plant, and modern scientific research is showing that CBG may have many therapeutic effects.

CBG has been found to have strong pain relief properties, and may even be more effective in pain refief than THC, but without the “high”! CBG has been shown to positively interact with CB1 and CB2 receptors of the endocannabinoid system within our bodies. The CB1 and CB2 receptors influence inflammation, pain, and even heat sensitivity, therefore CBG has shown improvement in all of those areas. Furthermore, CBG has antidepressant, anticancer, and antibacterial properties.

CBD (short for cannabidiol) can be found in high concentrations in many different strains of hemp and cannabis plants. CBD was discovered in the 1930s, but was dismissed until the 1970s when scientists discovered that it is a very effective anti-convulsant, meaning it can, and does, help reduce seizures! CBD has also brought relief from seizures in dogs, including our very own Kira! (>>> insert link to Kira blog <<<)

Over the years, research has confirmed many of the therapeutic benefits that CBD offers, including anti-anxiety, pain-relieving, anti-nausea, and even sedative qualities when in high-doses. CBD has also shown to be an effective treatment for severe forms of childhood epilepsy and is used in an FDA approved drug, Epidiolex.

Over the last few years, CBD has become the most popular of the two cannabinoids. This isn’t necessarily due to it being superior over CBG, it’s just the one we know most about and which became popularized through marketing. CBG offers similar benefits, but has some of it’s own, it just hasn’t been as thoroughly researched as CBD has. Unlike THC, CBD offers pain relief and other benefits without the risk of paranoia, anxiety, or impaired cognitive function.

Both CBG and CBD interact with the CB1 and CB2 receptors, which is where many of their life-giving benefits are channeled through!

Modern medical research has found that inflammation is at the root of nearly every disease occurring within the body. Therefore, if we can do things to keep inflammation down in our bodies, we shouldn’t experience disease!! Or at least at a drastically lower rate. Guess what? CBD helps reduce inflammation! According to scientific research, cannabidiol has been shown to inhibit the enzymes that break down the brain chemical glutamate (the “bad boy” of our central nervous system).

What are the benefits of CBD and CBG?

When it comes to CBD and CBG, there are a few things to keep in mind. For starters, CBD is thought to have a wide range of potential benefits, while CBG is believed to provide some of the same benefits as CBD, but also has some of its own specific use cases. CBD and CBG are both considered cannabinoids, which means they interact with the body in a similar way. And both CBD and CBG are generally available in higher-quality products than just CBD isolate.

There are some differences however. For example, CBG and CBD impact appetite stimulation very differently. A study conducted on rats found that they are twice their normal food intake when given CBG. On the contrary, CBD significantly reduced total food intake. In short: If you’re looking to increase your appetite, CBG may help you. Or to reduce or satisfy your appetite, give CBD a try.

Both CBD and CBG share many of the same benefits, however they each are better at some than others, and even having their own specific use cases in some areas. Both are generally considered safe for most ages, and even in pets, dogs and other animals!

When it comes to CBD and CBG, the answer is actually pretty simple – it depends. Both cannabinoids are effective in treating a variety of medical conditions, but each has its own specific benefits and drawbacks. Here’s a closer look at what distinguishes these two cannabinoids:

CBG is more potent than CBD, and is typically used in larger doses. It is also thought to be more effective in treating certain cancer types.

CBD is more versatile than CBG, and can be used in smaller doses to treat a variety of conditions. It has been shown to have anti-inflammatory properties and can also help reduce anxiety and inflammation.

Why are they different?

As for benefits to your health, CBD and CBG share many similar characteristics including antioxidant, anti-inflammatory, neuroprotective, and analgesic properties.

CBG is thought to be more effective when used in medical cannabis products, which is why CBG is more present in it’s higher psychoactive strains containing THC. However, if you’re not seeking the euphoric “stoned” feeling, then avoid products containing THC altogether. THC has it’s own list of health benfits, but the the main difference between THC and CBD or CBG is the “high” that is often associated with cannabis. Whereas CBD and CBG cannabinoids are both non-psychoactive, meaning they can be used as medicine or to help with medical issues, but not leave one feeling high.

The main difference between the different products that we have available is whether it contains CBD, CBG or both. However, our tinctures also vary in strength or concentration level.

Generally speaking, hemp strains have varying strength levels and concentrations of various cannabinoids. If you compare one strain to another, then you’ll see that one may be stronger or weaker than another, as well as offering different effects and benefits to our bodies.

Which one is right for me?

CBD and CBG are two of the most common cannabinoids found in cannabis. Both CBD and CBG have a range of benefits, but which one is right for you? Here’s a look at the key differences:

CBG is more potent than CBD. CBG is found in higher concentrations in cannabis plants, meaning that it delivers more of the psychoactive effects associated with marijuana. For this reason, some people consider it to be more intoxicating than CBD.

CBD can be taken as a supplement or ingested as an oil. You can also vape or smoke CBD, which allows you to reap its full benefits quickly. CBD is non-intoxicating, making it a good choice for people who are concerned about getting high.

Both CBD and CBG have anti-inflammatory properties and have been shown to reduce anxiety and inflammation in various studies. If you’re looking for relief from pain or inflammation, both CBD and CBG could be a good option for you. 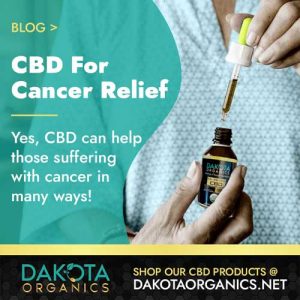 Yes, CBD can help those suffering with cancer in many ways 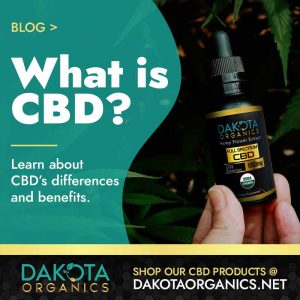