With it’s massive increase in popularity in the last few years, everyone from our 20-something year old friend, to mom and even grandma are all asking, “What is CBD?”

Not long ago, cannabis was considered illegal and negative because it is known as the antecedent of marijuana, the euphoria-creating drug. With the recent legalization of cannabis in some areas, many have questioned why this infamous plant has been approved. Some say that cannabis has miraculous powers to treat ailments. Others say it is not cannabis, but a component of cannabis known as CBD that can help with health issues. Since then, CBD has become a favored chemical and a topic of interest in the medical field.

What is CBD the acronym for?

The compounds found in a cannabis plant are known as cannabinoids. CBD or cannabidiol is a cannabinoid that is found in hemp, a type of cannabis plant. Another commonly known cannabinoid is THC or tetrahydrocannabinol, a chemical that causes psychoactivity. THC is the reason why people get high when they use marijuana. But CBD is the opposite of THC. It does not cause euphoria, rather it is known to help with health issues like anxiety, depression, seizures, epilepsy, joint pain, etc.

CBD is not new in the medical science field. It was in 1839 when Irish physician and medical researcher William B. O’Shaughnessy found the therapeutic effects of cannabis. Later on, American chemist Roger Adams isolated and discovered the cannabinoids known as CBD and THC.

But it was still a very early stage for the scientists and researchers to determine the effectiveness of each compound. It took time for them to find out that THC is the chemical that has psychoactive effects and CBD is the chemical that has therapeutic effects. In the 1980s, Israeli doctor Mechoulam found cannabinoids to be influential on human health. This was proven with the discovery of the CB1 receptor in 1985 and the CB2 receptor in 1993. The researchers found that the body has certain receptors that produce endocannabinoids. Endocannabinoids control processes like sleep, appetite, pain, and reproduction in a body. When someone uses cannabinoids like CBD or THC, they have effects in their endocannabinoids which creates therapeutic or psychoactive effects.

There is still a lot of research needed to be done on CBD as scientists only recently found out about the enormous benefits of this cannabinoid. Still, research has been done on animals like rats and monkeys which shows that CBD has many therapeutic effects. The most known health issues CBD can treat are joint pain or inflammation, anxiety, insomnia, seizures, and epilepsy.

CBD can heal arthritis and epilepsies that show resistance to medicines. It can also relieve stress and reduce anxiety in patients with PTSD and depression. It can help people with insomnia to sleep. The best thing about CBD is, unlike medicines, it has a low number of side effects. Some also believe CBD to be an effective cancer medicine, but this has not been proven yet.

The side effects of CBD are very less and occur rarely. The most common side effects are nausea, vomiting, loss of appetite, and fatigue. Sometimes, serious side effects might occur if CBD is taken along with other medications. So, it is a must to consult with a doctor before using CBD.

CBD has been legalized in the Americas recently. In the USA, all the states have laws legalizing CBD but their level of restrictions varies from each other. The Farm Bill which was passed in 2018 made hemp legal in the United States. In the process, CBD became legal too as the Farm Bill removed all hemp-derived products including CBD from the Controlled Substances Act, the act which criminalizes the possession of drugs.

CBD comes in various forms and shapes like oils, extracts, capsules, tinctures, patches, and vapes. The market is not yet regulated for CBD products, so before selecting any product, caution is necessary. It is best to check the label of any product before using it to see if the FDA approves it.

It is still early to predict how long CBD can go in the medical field with the miraculous qualities it has. With more studies and more tests on humans and animals, more benefits of CBD will come out. Until then, using CBD from reputable sources and with a doctor’s recommendation is the best idea. CBD is like a blessing that has been under the disguise of cannabis for so long. So, it needs to be used and regulated safely for maximum benefits. 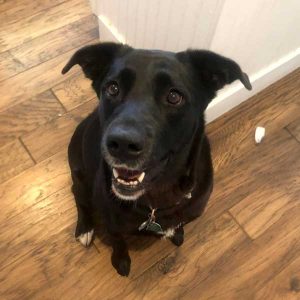 This is Kira. aka Kiki. Aka Keeks